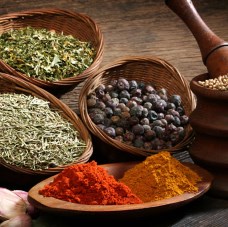 Cancer is a word that seems to strike fear in the hearts of nearly everyone who hears it, regardless of their age, gender or socioeconomic status. There is good reason for this fear. Though different cancers have different survival rates, battling cancer itself can be almost as bad and horrific as actually succumbing to the disease. By using the following six Indian spices in the diet liberally, it is possible to significantly reduce the likelihood of developing cancer.

Popular as an aid to help digestion along, many people do not realize that cumin is also a powerful antioxidant. The seeds, which are often chewed by the handful by savvy Indians who want to ensure successful digestion after their meals, also contain thymoquinone. This compound helps reduce the spread of the cells that can cause colon cancer.

Though commonly eaten in a variety of Italian and pasta dishes as well as for flavoring pizza sauce, oregano also has anticancer properties. Due to its antimicrobial properties, one teaspoon of oregano has the potential to stop the growth of malignant cancerous cells such as those that cause prostate cancer.

Ginger has long been prized for its healing qualities. In addition to helping to reduce cholesterol, ginger is also known to increase metabolism. Now, people who enjoy adding ginger to their diet can do so knowing that they are also killing those cells which cause cancer. While it is easily added to dishes such as salads, fish and vegetables, chewing on fresh parsley can help make the root’s odor more bearable.

Crocetin, a carotenoid dicarboxylic acid that saffron contains, helps retard cancer progression. In addition, this compound has been shown to be able to reduce the size of cancerous tumors by 50%. Though it is expensive, its benefits can be enjoyed by ingesting only a few of its threads.

Prized as a flavoring in a variety of dishes, including breads, desserts, side dishes and entrees, only half of a teaspoon of cinnamon is needed each day to enjoy its many cancer-reducing benefits. Cinnamon is known to inhibit the formation of new vessels within the body as well as reduce the growth of tumors.

Anethole is a compound found within fennel that enables the spice to resist the invasive and adhesive qualities of cancer cells. Fennel does this by suppressing those activities that are regulated by enzymes and that encourage cancerous cells to multiply. This spice also contains a plethora of other antioxidants and phytonutrients as well.

Simply by enjoying tasty and well-seasoned foods on a daily basis, people can help reduce their chances of having to fight off a number of different types of cancer. With the right combination of spices, a long and healthy life can be expected.

Sofiya has written articles on most health-related topics, including traditional medicine, alternative and naturopathic and natural treatments, wellness, medical marijuana, diets and fitness.

Spring is Here! Time to Detox! 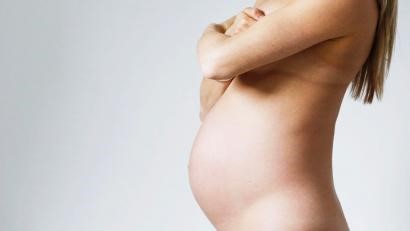