A SUPPLEMENT OF PROMISE 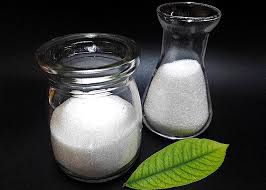 A SUPPLEMENT OF PROMISE

You might have seen the supplement L-Ornithine in stores, but chances are you’re not taking it unless it’s in a blend.  L-Ornithine is a non-essential amino acid that has long been known to play a role in the production of urine, but it has many other benefits that may be of use to you, including reduced stress levels and improvement in sleep patterns.

Difficulty sleeping can seriously impact your well-being and affect your ability to function in everyday life. While self-help techniques, certain medications and herbal remedies can offer relief from your symptoms, some practitioners believe L-Ornithine supplementation can also help promote sleep

L Ornithine is an amino acid produced by your body that plays an important role in protein metabolism. It is considered a “conditionally essential nutrient,” meaning that you don’t need to obtain it from food sources, since your body can usually manufacture it from other nutrients. The nutrients used to make L Ornithine are found in protein-rich foods. However, during times of stress or illness your body may not be able to meet your nutritional demands, necessitating dietary supplementation. L-Ornithine exact mechanism of action is not well understood. L-Ornithine may remove toxins from the body and is thought to promote muscle and tissue building. L-Ornithine may be beneficial for promoting sleep in people with certain medical conditions; however, its use in the general population suffering from insomnia has not been studied.

During times of stress and illness, your quality of sleep can be severely impacted. Having a chronic illness can impair your ability to fall asleep and stay asleep due to worry about your condition or the effects of certain medications. Mental illness such as anxiety and depression can also be a possible cause of insomnia.

Studies have shown that L-Ornithine has a sedative and hypnotic effect when we were exposed to an acute stress situation. Supplements with sedative properties help you relax and promote sleep. However, available human studies have focused on the benefits of L Ornithine for promoting sleep in people suffering from certain illnesses. A study published in the April 1, 2011 issue of the journal “Clinical Drug Investigation” found that cirrhotic patients, those with acute cirrhosis, treated with L-ornithine experienced improvements in the level of symptom severity and had improved quality of sleep and reduced levels of fatigue.

The ornithine works alright, pretty well actually, on both the subjective and objective measures. Here’s a tally of what it did:

Anger/Hostility:The participants who used ornithine experienced less anger and acted in less hostile ways throughout, significantly so in weeks two and six. None of the other mood measures were affected as much by ornithine as this one.

Sleep: The ornithine improved sleep quality. It had the most impact on the ability to fall asleep and stay asleep. In fact, the participants taking ornithine not only slept easier through the night, but they also slept longer. These improvements to sleep seemed to steadily increase throughout the course of the study, as well. The ornithine group also trended toward remembering fewer of their dreams, which was likely a result of deeper and more consistent sleep.

While some athletes may look at these results and say that anger can be used as a positive attribute in exercise, I’d say its contribution to success is trivial when compared to the much more significant effects of improved sleep and reduced stress.

Exercise itself is a stress, and we need good sleep to recover from it. Although these participants weren’t studied while they were exercising, it stands to reason L Ornithine may well benefit the stress that results from exercise as well.

So there you have it. Ornithine is a supplement of promise.