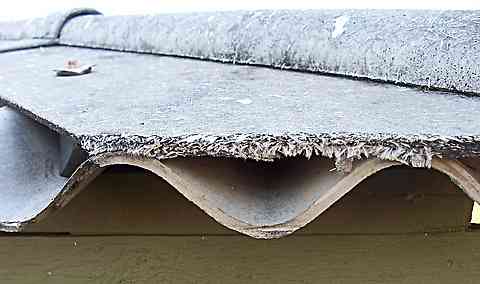 Do you remember hanging your pyjamas over those white upright heaters? That’s asbestos. Asbestos is also commonly still found as roofing, ceiling and fascia board material in this country. We are years behind other countries in legislating against the use of asbestos and in the removal of it. In South Africa sadly we still find asbestos everywhere….even some of our schools and hospitals are built from it and in many areas our water pipes are made from it. It is most dangerous when it is unpainted and flaking, as the fibres blow around in the dust and can be eaten or inhaled. Dr Clark writes extensively in her later books about the insidious dangers of asbestos, even the ordinary (not blue) asbestos and even in small amounts. She believes that asbestos exposure suppresses immunity dramatically although quietly. She maintains that once it goes into the body it tends to stay in and its effect is to place a stranglehold on the ability of the white blood cells to do their work. Our immune systems are largely dependant on these cells to identify and defend against pathogens and toxins. This means that instead of launching an effective immune response when the body is exposed to a pathogen or toxin (which may include fever or mucous production) the white blood cells may in fact only respond half heartedly or not at all. So the state of “I never get sick” may in fact not necessarily be a good sign!! A healthy body should ideally react strongly to a threat and get on top of it quickly.

“When white blood cells contain asbestos, they become coated on the outside with ferritin. This ruins their immune function. Their outside surface has receptor sites that must be able to “see” and “feel” enemies of your body. Removing this ferritin restores their immune function. The drug Levamisole (available in Mexico) can do this (50mg, take 3 a day), but there is an over the counter recipe that works also.”
(Excerpt from “The Cure for all Advanced Cancers” by Dr Hulda Regehr Clark- Page 570)

Dr Clark developed a recipe using whole lemons and cedar leaves to assist the body to remove asbestos and she advises that it be used alongside the “ferritin fighter” recipe she refers to above.