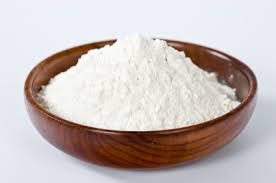 Lysine is an amino acid found in the protein of foods such as beans, cheese, yogurt, meat, milk, brewer’s yeast, wheat germ, and other animal proteins. Proteins derived from grains such as wheat and corn tend to be low in lysine content. The bioavailability of lysine is reduced with food preparation methods, such as heating foods in the presence of a reducing sugar (i.e., fructose or glucose); heating foods in the presence of sucrose or yeast; and cooking in the absence of moisture at high temperatures. The average 70 kg human requires 800 to 3,000 mg of lysine daily.

What is it used for?

Lysine is an essential amino acid in human nutrition because the body cannot produce it; therefore, it must be taken in either by diet or supplementation. Lysine was first isolated from casein (a milk phosphoprotein) in 1889. It was first introduced in the United States as lysine hydrochloride in 1955. There was an interest in fortifying bread with lysine to target populations with lysine-poor diets. However, the FDA refused to modify the standards of identity for white bread.

Lysine has been studied for the prevention and treatment of herpes infections and cold sores. It also increases the intestinal absorption of calcium and eliminates its excretion by the kidney, suggesting that it might be helpful in osteoporosis. Lysine has been investigated for its effects on increasing muscle mass, lowering glucose, and improving anxiety. Case reports suggest lysine may ameliorate angina. Lysine acetylsalicylate has been used to treat pain and to detoxify the body after heroin use. Lysine clonixinate has been used to treat migraine headaches and other painful conditions. However, limited clinical trials exist for these conditions.

What is the recommended dosage?

Lysine may be dosed from 1 to 3 g daily to prevent or treat herpes simplex infections, reserving the higher dosages for breakouts. In addition to the amount found in the average American diet, L-lysine given at doses in this range appears to be safe for use in adults and pre-pubertal children.

How safe is it?

Lysine should be used with caution in pregnancy and lactation.

Use of calcium supplements with lysine may be associated with increased absorption and reduced elimination of calcium.

The amino acids glutamine and Glutamic acid are closely related in a chemical sense. The human body is able to produce L-glutamine itself, from L-Glutamic acid through the glutamate ammonium ligase. Considering the numerous metabolic processes glutamine is a part of, it is not surprising that it is the amino acid with the highest concentration in blood plasma, musculature and cerebral and spinal fluid. At 60%, it represents the largest amount of free amino acids in the body.

The demand for glutamine increases with physical and mental stress. Production of this important amino acid,which takes place in the body, often slows down with age and does not generate sufficient amounts. External supplementation is recommended in such cases.

Glutamine regulates the acid-base balance and makes the skin firm

A supply of essential micro nutrients promotes the production of skin cells and slows aging. This is why a balanced diet is the foundation for healthy skin. An unbalanced, unhealthy diet can lead to hyperacidity and the acid-base ratio becoming imbalanced with the consequence that cells and tissues are destroyed.

Glutamine plays a decisive role in keeping a balanced acid-base ratio. Thanks to glutamine, toxic ammonia is separated off in the kidneys and the basic ammonia molecule is connected to acids and is excreted. A further advantage is that bicarbonate which is necessary for the neutralization of acids can be saved.

A sufficient supply of glutamine is important for firm and supple skin. If not enough glutamine is available, the body takes the necessary protein from muscle mass and converts it to glutamine and energy. This leads to muscle proteins being lost, muscle strands becoming thinner and the skin becoming generally saggy. This is why glutamine has been referred to as an “internal fountain of youth” by scientists.

Glutamine strengthens the immune system and is essential for hair growth

Glutamine serves as a nitric oxide and carbon supplier and is also an important element for building and maintaining muscles. The amino acids are necessary for nucleotide synthesis, where cells which divide quickly such as those for the immune system and hair folliclesare dependent on this energy source.

Glutamine can be converted to glucose in the kidneys, without effecting glucagon or insulin levels. Glutamine can combat the storage of fat from food by, by passing fat deposition normally caused by insulin.This can be helpful when trying to regulate body weight. There are also indications that glutamine can reduce the demand for sugar and alcohol.

Other functions of glutamine and Glutamic acid

During the synthesis from glutamine to Glutamic acids, the brain is protected from the toxic effects of ammonia. This protection against the cell toxin prevents impediments to brain functions and improves long and short term memory.

Patients in states of exhaustion and who have cognitive brain dysfunctions often have a Glutamic acid deficiency. Anxiety, tension, sleep disorders and insomnia and a lack of concentration are all connected to this. Glutamine increases the production of the gamma-amino butyric acid (GABA). GABA is an important neurotransmitter which acts like a lock keeper to slow down the sodium channels between the nerve cells in the brain and is therefore like a natural tranquilizer. If the body has enough glutamine, it can build GABA which can have positive results such as inner calm and tranquillity, also in stressful situations, improved concentration levels and a more peaceful and fulfilling sleep.

When we combine Lysine and L-Glutamic acid and use it as a supplement, we are supplying the body with the building blocks to produce L-Glutamine. It lifts the individual’s mood and feeds the brain, assisting in clarity and concentration.